At the Big Feastival

Musician, writer and cheese maker Alex James has selected Shepherds Purse to produce his Blue Monday cheese under trademark. North Yorkshire based Shepherds Purse was chosen for its award-winning artisan cheese-making skills and innovative speciality for making top-notch blue cheese at its family farm in Thirsk. 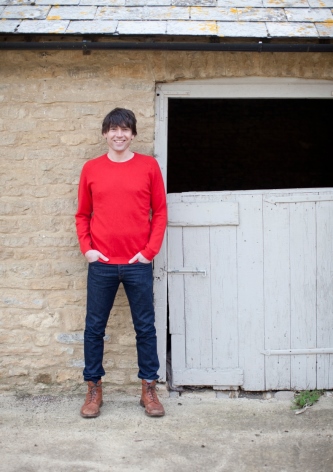 Blue Monday: New Recipe
Blue Monday, traditionally handmade with 100 per cent cow's milk, has been redeveloped to a new recipe created by Alex and the Shepherds Purse team over the last 6 months to ensure its premium quality. The new Blue Monday is a soft, creamy blue cheese with strong blue veining which delivers a smooth, satisfying piquancy to the palate.

Originally named after Alex's favourite New Order song, the new Blue Monday will be added to his fine British artisan cheese range, 'Alex James Presents' and is set to officially launch in August at The Big Feastival, a two day celebration of music, food and fun for the family, founded by celebrity chef Jamie Oliver and Alex James.

Alex James
Alex James commented: 'Delicious taste and quality are the cornerstones of the Alex James Presents artisanal cheese range and I am very proud of all our award-winning cheeses. Blue Monday has perhaps been the most popular and best known, but it hasn't had the chance to shine alongside the others. So we thought we'd bring in the experts at Shepherds Purse to give it some extra love and attention and I'm absolutely delighted with the results.'

Blue Cheese Relaunch
Caroline Bell, director, Shepherds Purse said: 'Innovation blended with tradition is at the core of what we do at Shepherds Purse and we remain proudly artisan, making every cheese by hand using only the best British cow's, ewe's and water buffalo milk. It has been a pleasure to work with Alex developing the Blue Monday recipe and we believe that we have created another world-class blue cheese. We're excited that the new Blue Monday will be launching at The Big Feastival at the end of August and are looking forward to introducing this cheese to the public'.

Shepherds Purse cheeses can be found online at shepherdspurse.co.uk, and nationally in specialist cheese shops, delis and farm shops and in the best major supermarket chains. They are also a great favourite with the nation's top chefs, and can be found in dishes and on the cheeseboards of top hotels, restaurants and pubs across the UK and beyond. 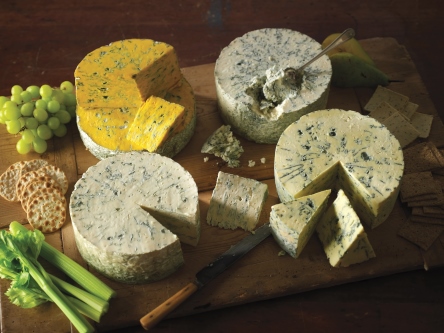 The Shepherds Purse Range of Cheeses