All the Facts You'll Want to Know! 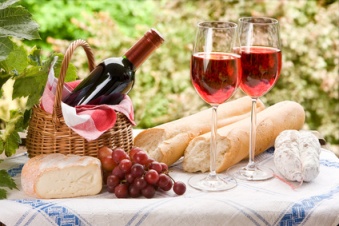 It is hard to believe that 35 years ago American Artisan Cheesemakers had not yet come onto the scene.

Goat Cheese was a French phenomenon.

Wow, have things changed for the better!

We've put together an index of 54 Top American Artisan Cheesemakers.

Feel free to print it out, mark it up, circle your favorites and be sure to ask your local cheese shop to stock the specialty cheeses you want.


Cheesemaker is Brad Sinko. Part of their credo is ... "Yesterday, this cheese was grass." One of few artisan cheesemakers still practicing art of open vat cheesemaking (a centuries-old tradition). At both the Seattle and New York locations you can view the cheesemaking process. Both locations have shops and cafés.


Cheeses: Handcrafted Cheeses since 2005, made with only rich, Jersey cow milk.


"Visitors to Beehive Cheese can experience first-hand the art of cheese making through tours led by the owners. If you catch them at just the right moment, you may get to hear opera while watching Tim stir the milk after the bacteria and rennet are added (he’s fond of listening to music during this stage.) Or you may catch the hands-on work of “cheddaring” or if you come at the end of the game, you may get to taste some salted cheese curds still warm from the vat. You can also browse the cozy little shop attached to the operation to sample each cheese and choose from cheese gift baskets and even Beehive wildflower honey to pair with your favorite tastes." (Quoted from their website.)


Farm is not open to public. This is a family owned Artisan Creamery.


Handmade, all natural cheese from whole, unpasteurized Jersey cow milk. Interesting trivia fact: Jersey cows have the highest IQ of all cows!. Any farmer with a mixed herd of cows can tell you that when the cows escape for greener pastures, the Jersey usually leads the herd! (credit: Berkshire Blue website FAQ)


Fromage à Trois - A torta with layers of chèvre, basil pesto, toasted pine nuts and sun-dried tomatoes. Jointly created with Mary Keehn of Cypress Grove Goat Cheeses in California.
O'Banon - First introduced in 1988 as one of the first goat cheeses made in America, wrapped in chestnut leaves, soaked in bourbon. A creamy, dense cheese with a kick! Multiple award winner!
Mont St. Francis - A semi-hard, washed-rind "stinky" cheese. Intense and hearty. Aged 4-8 mos. Not for the faint of heart! Similar to Livarot. One of their customers described this cheese as "a cheese you would not want to eat on the first date, but maybe on the 2nd if the first one went well!"
Old Kentucky - Aged, raw milk cheese has characteristics of a Tomme du Savoie or an American Jack. Aged version has brie-like texture. Buttery, rich.
Crocodile Tear - A bloomy-rind, exquisite, small 3 oz. teardrop of a cheese dusted with paprika. Best eaten, young. Creamy, yet firm.
Wabash Cannonball - Small ball of creamy goat cheese. Can be eaten young and fresh, or more aged at 3-5 weeks. A perennial favorite and prize winner.


Judy Schad, along with Mary Keehn of Cypress Grove, Paula Lambert of the Mozzarella Co. and Allison Hooper of Vermont Butter and Cheese, were the first women, back in the 1980s, to launch the artisan cheesemaking movement. Since then the artisan cheese industry has exploded! Kudos to all of them!! Judy has been cheesemaker/co-owner of Capriole Farms in southern Indiana, making farmstead cheeses and managing her herd of 500 goats for over 25 years.


On her 80 acre farm, Judy has developed a special profile of Capriole goat cheeses. In her own words, "We have, in this place, created our own little terroir. The catchwords "sustainable", "natural," "humane animal care","free-farmed", and "artisan" were the realities on which we began our farm and ones we continue to live daily. The end result is a cheese that is distinctively ours- not just in appearance but in the more relevant criterion of taste."


'All of their cheese is made by hand with raw milk from their 40 free-ranging Jersey cows on their small Connecticut farm. Growth hormones, sub-therapeutic antibiotics or animal-based feeds are never used; their cows graze freely so that they have happy lives with a rich diet of fresh pasture grasses. All the cheese rinds are natural with natural surface molds, integral to developing the full flavor of the cheese. Cheese is aged in their underground cave, ripening all varieties to their peak of flavor.' (paraphrased from their website.)


The Cahns have a big herd of 900 French alpine goats. It's the largest goat farm and creamery in U.S.. Americans have typically preferred fresh goat cheeses to the more aged varieties - à la Française - chèvres. But Coach's aged goat cheeses are not ripened to a dry, crumbly texture; they are meant to be moist and flaky. Note: the Cahn family were the founders of the Coach handbag company, and we all know how wonderful those leather bags are! So it is no surprise that when they retired from running the Coach Co., and went into artisanal cheesemaking, that this Farm and its products quickly became a huge success!


Cheesemaking began at Cobb Hill in 2000. Cobb Hill Cheese is made with raw whole milk from the farm’s small herd of grass-fed Jersey cows. They farm without chemical fertilizers, feeds or additives. Partners in Cobb Hill Cheese live at Cobb Hill Cohousing, an intentional community on 270 acres in Hartland, Vermont.


Cobb Hill Cheese is sold onsite and regionally at farmers' markets as well as at specialty shops throughout the Northeast.


"300-acre Consider Bardwell Farm was the first cheese-making co-op in Vermont, founded in 1864 by Consider Stebbins Bardwell himself. A century later, Angela Miller, Russell Glover, Chris Gray, and master cheesemaker Peter Dixon, are revitalizing the tradition with goat's milk from their herd of 100 Oberhaslis goats, and cow's milk from Lisa Kaimen's herd of 30 Jerseys. Rotational grazing on pesticide-free and fertilizer-free pastures produces the sweetest milk and the tastiest cheese. Their cheeses are made by hand in small batches from whole, fresh milk that is antibiotic and hormone free. Only microbial (non-animal) rennet is used in their cheese making and all cheeses are aged on the farm." (quoted from their website.)


Guided tours, demonstrations available at both locations. $30 per person. Children under 12 should visit Point Reyes, since only adults allowed on tour at the Petaluma location. Cheese making classes and tastings available at Point Reyes location. Book tours online at their website.

"In 1997, Sue Conley and Peggy Smith opened Cowgirl Creamery in Pt. Reyes Station, a picturesque postage-stamp-of-a-town on the coast about an hour north of San Francisco. Today, Cowgirl Creamery continues to make just a small collection of cheese -- four soft-aged and three fresh, totaling about 3,000 pounds per week." (quoted from their website.)


Crowley Cheese - Cloth-bound wheels often compared to a cheddar “without the bite.”


This is oldest cheesemaking facility in the U.S., founded in 1882. But Crowley cheese has been made, using the same recipe since 1824! All natural, with no additives or preservatives.


In 2006 Laura Chenel sold her goat cheese company to the Rians Group, (the French Artisan Cheese Co.), but she has kept her 500 goats at her farm in Sonoma, Calif, continues to sell her goat milk to Rians, and her longtime employees still make the famous cheeses. Laura was part of the original, pioneer group of American women who turned America on to the wonders of goat cheese. We owe her tremendous thanks for her vision and commitment.


Since 1983 Mary Keehn has made the highest quality, best-tasting artisanal goat cheeses. She was one of the pioneering American women cheesemakers who introduced America to delicately flavored goat cheeses. Now Cypress Grove is a leader in the domestic goat cheese market and her cheeses are multiple Award Winners!


Small Artisan Cheesemakers who really know what they are doing. The terroir reflects strongly in their cheeses and many others! Their cheeses are multiple Award Winners!


"Handmade in the style of the best old-fashioned raw-milk cheeses produced in Europe. Produced from their own contented cows, and aged in their special aging rooms, then watched over by their master cheesemaker Marino Gonzalez. Mariano's passion is to make cloth-bound cheddar in the rich tradition of the United Kingdom. Each wheel is a labor of love, delicately made by hand in open vats, where the talented cheesemakers' dedication and experience determine the outcome of the final product. All of their cheeses are produced on their almost 100 year-old family-owned dairy farm, and they produce the electricity to run the entire farm with an anaerobic digester which produces methane as a fuel, from cow manure and other waste products." (excerpted from their website.)


Husband and wife team, producing organic goat cheeses since 1993 from the milk of their herd of 60 Alpine and Nubian goats. "We believe it all begins with the goats. Content‚ healthy‚ well-respected animals produce superior milk. You can taste it in the cheese!" (excerpted from their website.)


Belle Chèvre offers scheduled tours every Wednesday for small groups. Tours can be booked by calling the creamery.

Handcrafted French-style goat cheeses since 1989. This small creamery has won over 50 national awards! Experts rate these cheeses as the equal of any goat cheeses made in Provence or the Loire Valley. The terroir is strongly reflected in their cheeses.